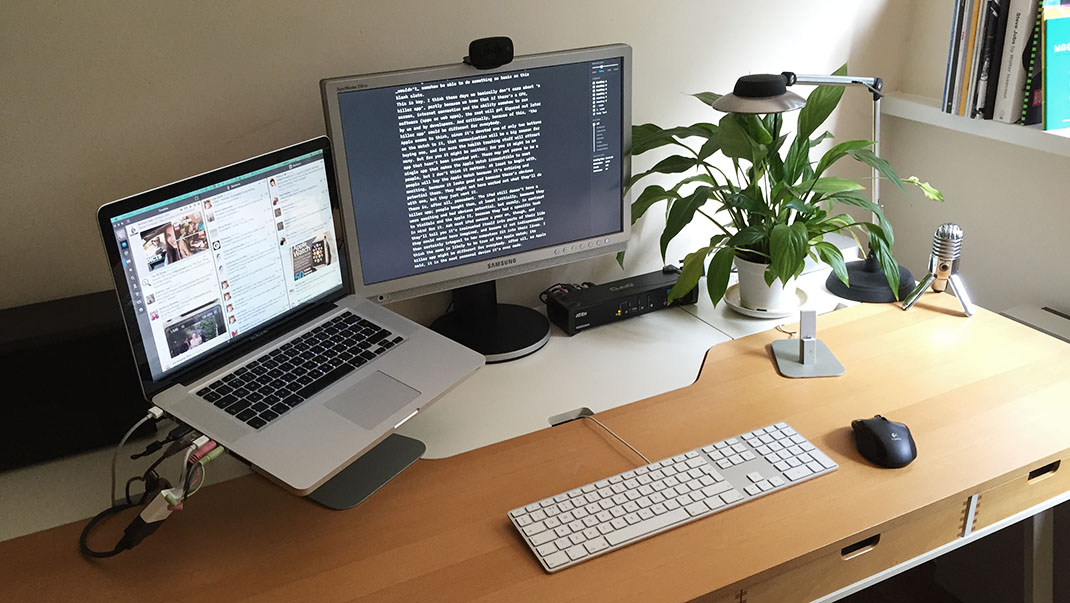 “What are you going to do next?” is something I’ve been asked often by friends and colleagues since it was announced a few weeks ago I’m leaving Future at the end of October. It’s a fair question, not least because it’s one I’ve been asking myself a lot, and the answer is simple: I don’t know.

Make no mistake about it: this is terrifying. At some point I’m hoping it will start to be exciting at least as well, but right now it’s mostly deeply disconcerting; I am constitutionally not well suited to not having money arrive regularly in my account on the 28th of every month.

Still, it feels like the right thing to do; there are two reasons I’ve decided to leave now despite having no other job to go to. The first is to do with me; since I started 12 years ago I’ve been steadily (if not always deliberately) climbing the ranks in magazines to my current position of editor-in-chief, and the more senior I’ve gotten, the more I end up merely administering rather than creating stuff. And I miss that. I miss writing, I miss researching, I miss communicating with an audience. I’m excited about being excited again, and stepping off the monthly grind of a regular magazine will be a balm. Some of that, to be sure, is to do with how I feel about a situation rather than the situation itself – which brings me on to the second reason.

The job in the current climate has frankly become too challenging for me. I’ve faced – and not shied away from – a few significant challenges in my career, but had I stayed I would have faced some especially tough ones. They don’t sound to me like the fun, get-your-teeth-into-them, let’s-all-make-something-amazing kind of challenges, so – and I am a little ashamed of this – I’m not prepared to take them on. If you’ve read Jason Snell’s announcement or Serenity Caldwell’s similar note you might get an inkling of the context; certainly, since I read them between handing in my notice and it being announced, I read them both with a mixture of amazement and weariness at how familiar the stories were. I’ll leave behind some wonderful brands and some astonishing people, and I wish them nothing but the very best in meeting the challenges the next six, 12 and 18 months will bring. Nothing about my decision saddens me more than knowing I won’t be working in the same room as some truly inspiring colleagues and friends.

So, what am I going to do next? In the short term, I’m going to get back to writing, speaking and consulting, and while I’ll be pitching ideas to technology and lifestyle brands in the coming weeks, I would, of course, love to hear from you if my expertise sounds useful to you.

Longer-term, I frankly don’t know. I have a nebulous aspiration that once I disentangle myself and my brain from the overhead of my current job, I’ll get some clarity on what I do want to do next, and it might be something completely unrelated. I’m very lucky that my wife supports – indeed, is delighted by – my decision, so while we have a rocky few months ahead, financially, I fervently hope that we’re building towards a happier 2015.

If we’ve worked well together in the past, I’d be most grateful if you would let me know if you hear of any opportunities you think I would a good fit for.

I don’t know what the next chapter will be. Let’s turn the page and find out.