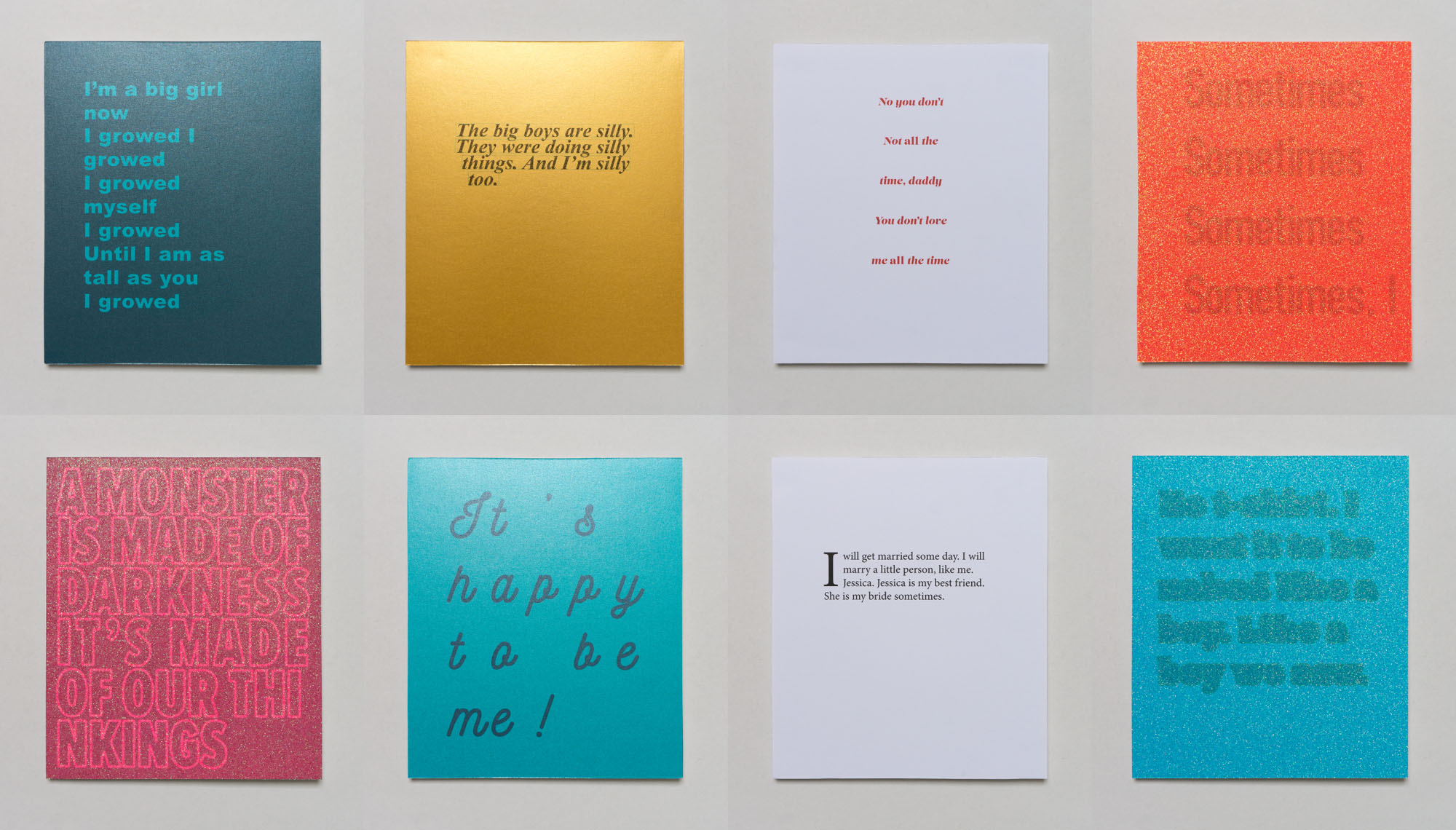 For every exhibition at Dundee Contemporary Arts, the public is invited to create its own responses to the work, in an ongoing project called Echo. Your response can take any form, and they’re exhibited, performed and so on at a special event. Recently, DCA hosted the first major European exhibition of the work of American artist Eve Fowler, and Jenny and I produced the response you see here. Below is our statement supporting it, which was read on the night.

We – a husband and wife team – wanted to reflect and further develop some of the ideas in Eve’s work, using the same vernacular in order to draw a close parallel between the original work and our response.

We both identify as feminists, something that acquired new dimensions when we had our first child, a daughter, three years ago. Watching her and listening to her talk, as she works out the world and bumps up against its limitations, and as we anticipate restrictions and opportunity throughout her life, is emotional.

In this response, we take things our daughter, Ada, says, and have Chris, her dad, transcribe and typeset them verbatim in a series of posters. The act of her voice being mediated through a literally paternalistic figure is key to the response; men have a crucial role to play in advancing the cause of feminism and equality, but in acting as the point of amplification, and even by being in control of choosing what gets amplified, we’re commenting on how deeply ingrained patriarchalism is in our society – and how even if well-meaning, it centralises power and sets tone and content.

The posters are Ada-scale and mounted at her eye level, a comment on how easy it is to overlook children and what they say, however significant. They use shiny, sparkly textures to set up a dialogue about how women’s spoken pitch and vocal fry often leads to their contributions being dismissed in cultural conversations.

The concept is Jenny’s, but after that spark of genesis her role gets deliberately sidelined; the response quotes Ada and is created by Chris. There is comment here too not just on the invisibility of women – “behind every great man…” – but also specifically on the erasing of mothers from society and its discourse.

Below are some photos of the work in situ, taken by DCA’s Helen Macdonald. 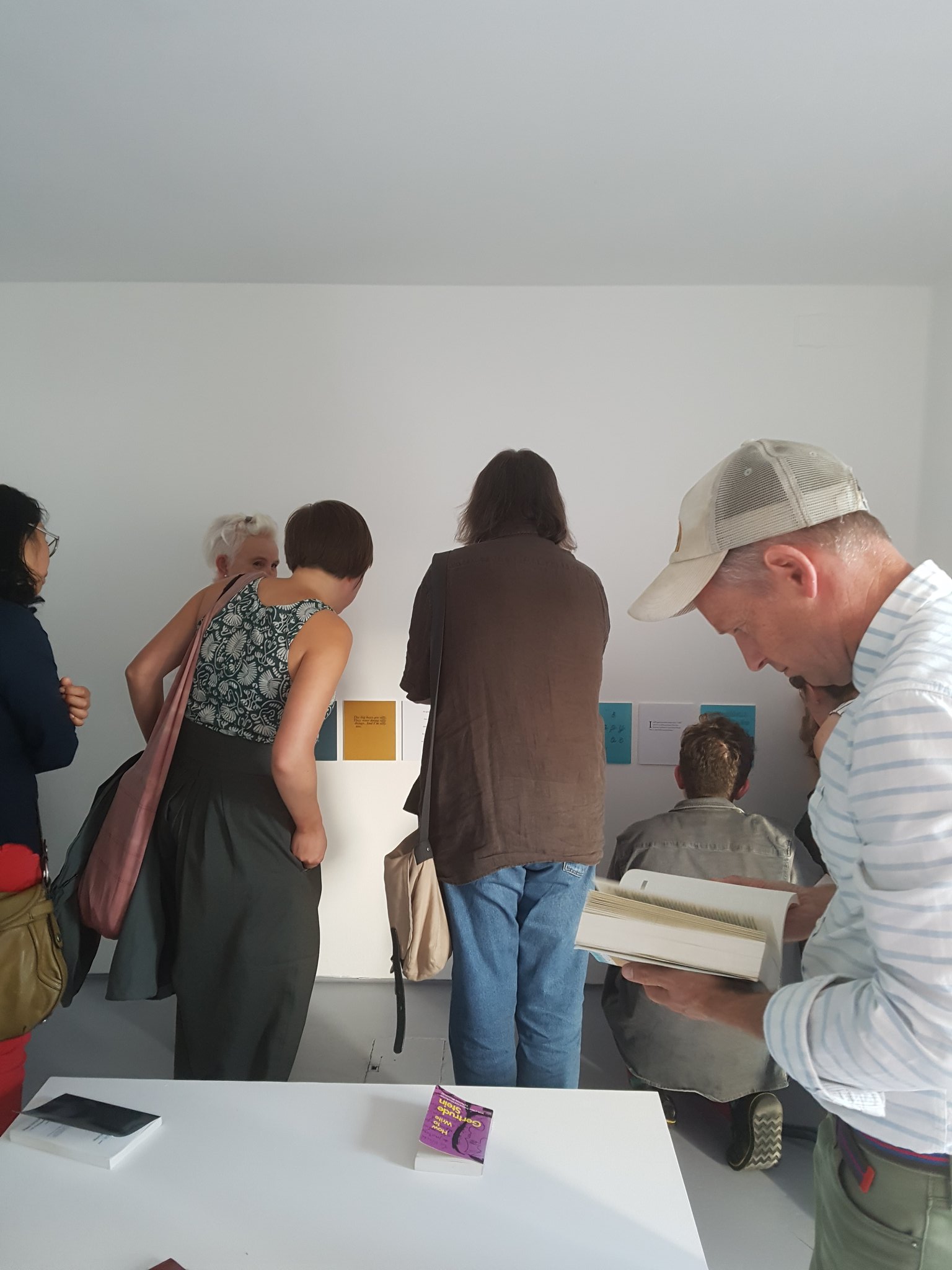 Last night someone I don’t know got in touch with me, politely and humbly to ask for some advice on a professional matter. This is not uncommon, and I always make time to offer what help I can; I can’t promise I’ll actually ever help,… Read more

My in-laws live a few miles up the east coast of Scotland, in a town called Arbroath. It tickled us no end that our daughter – surrounded by nothing but Scottish accents – parsed this as ‘our broath’. It’s not the ‘broath’ bit that’s notable… Read more

I’ve just watched Philippa Perry’s episode of Victorian Sensations, and one of the thoughts in the film resonated with me in particular. Maybe it’s not surprising that people of the age saw so many ghosts because, in a sense, spirits did haunt the Victorian home.… Read more