Having not heard of it till a tweet tipped me off, I reviewed one of the Brodit iPhone car mounts for the current issue of MacFormat. And when I say ‘one of’, I mean ‘one of a frankly bewildering range of’.

The system comprises made-to-measure holders for a vast range of devices – smartphones, tablets, sat-navs, walkie talkies and more – in a dazzling galaxy of different options – designed to be wired into a car, dumb, with cigarette-socket charging and so on – which are then mounted on a dizzying variety of different clips – some that attach to air vents, some that grip the A-pillar, etc – many of which are bespoke to a preposterous range of specific car models. Multiply it all together and I assume you’re in the ‘more options than there are atoms in the observable universe’ levels, which must make doing a stock-check a bit of a chore.

The actual products are good but they possess a distinct ‘man in a shed’ charm. The holder for my iPhone is ‘padded’, by which they mean ‘it’s hard plastic covered in a kind of flocking’. You can’t argue it’s not snug, though, and I don’t get the impression it would damage the iPhone even if it was to wear away.

The mounting plate I chose grips my car’s A-pillar; there are adhesive strips you can peel the backings off so that it’s stuck to the A-pillar as well as gripping it, but it grips completely without using them. To attach your holder to it, you screw it to the plate that protrudes. And when I say ‘screw it to the plate’, note that the plate has no pre-drilled screw holes. You’re literally screwing into solid – albeit soft – plastic.

The crazy thing is that while this might sound like the worst kind of stack-em-high-sell-em-cheap, bargain-bin rubbish, stuff with no engineering finesse or polish, the end result is one of the best car mounts I’ve ever used. I still mourn the passing of TomTom’s superb Car Kit mount, but while it was much slicker, neater and specific than the Brodit system, it still jiggled about a bit as you drove. With the Brodit, my iPhone behaves like it’s bolted directly to the superstructure – but the ball and socket joint means I can angle it just right.

Besides, there is something appealing about the man-in-a-shed honestly to the engineering here. It really does feel like a chap in overalls fashioned something on his workbench out of seasoned pine and recycled junk, got it to the stage where it did what he wanted and no more, and handed it to someone else saying ‘here, do that in plastic’.

It’s not frou-frou, it’s not flimsy, swoopy plastic bodywork, it’s not ‘available in a range of fun colours’. It holds your fucking iPhone. 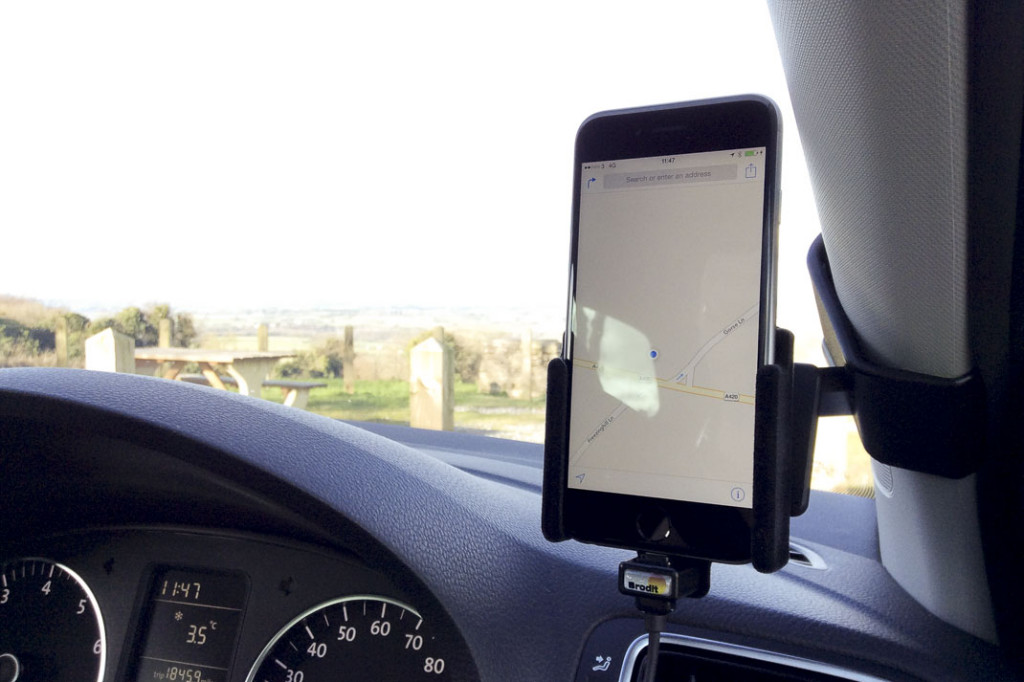