Every year, I see and hear stories about the American import of trick-or-treating at Hallowe’en. The ones I’m thinking of roll their eyes and almost audibly tut at this, another example of good, wholesome Brits swallowing another vulgar American import.

I have decided that this year I shall allow myself to get annoyed at this, and it’s for two reasons. The first is: and so what? It’s fun, exciting, and gives a focus for activities as the weather worsens, and it may even prompt some interesting discussions about spirits and evil and death that could help kids process the world around them. Don’t be such a wet blanket; buy some fun size Mars bars, make the effort to be more neighbourly for one night, and get over yourself.

More prosaically, though, I think it’s a shame that these reports – which usually emanate from a media machine which ostensibly serves the UK yet is persistently England-centric – demonstrate how little the prevailing cultural narrative makes an effort to understand and include the whole country.

Scotland and Ireland have long had a Hallowe’en tradition of guising, going door to door in the neighbourhood in fancy dress; it’s a little different from trick-or-treating in that kids usually do a turn – tell a joke, sing a song, do a trick – before getting sweets or pennies, and the familiar pumpkin lantern is instead a hollowed-out turnip. And I know the turnip bit especially sounds quite funny – the kind of “what is like a pumpkin but more drab and dour?” fiction you’d write in translating a real-world American tradition to your novel which features a population that if not explicitly modelled on the Scots are definitely a bit Scot-ish – but there are records of guising from long before America existed.

I know too that I sound humourless and chippy, and this is hardly a pressing issue, but at a time when so many forces seem intent on dividing us, it’s sad both that the UK can still be snobbish about arriviste American traditions, and that neighbours who don’t even have the excuse of an ocean separating them can still know each other so little.

I finally realised a while back why parents’ anecdotes about things their kids say and do struck me as so banal before I became one myself: it’s because you have no calibration for what’s remarkable.

Anyway, tonight as I read my two year-old daughter The Cat in the Hat at bedtime, when we got to the line “And look! With my tail! / I can hold a red fan!” she said, with some effort, “Daddy, the fan is like a butterfly! A zig-zag butterfly! Like [the butterfly in the garden she named] Dotty!” And I am undone. 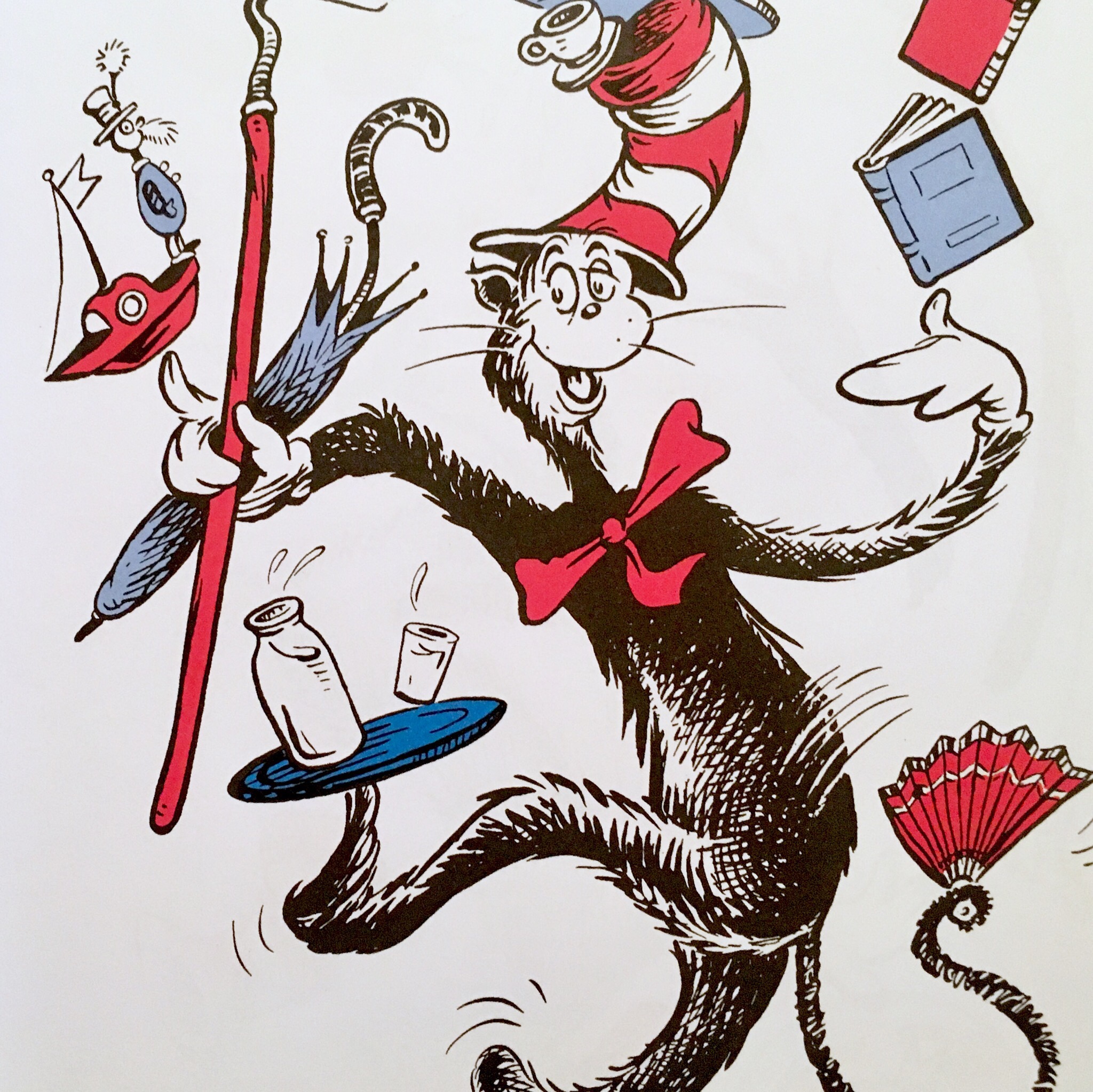